In June 2020 I gave birth during a global pandemic. My story is not unlike the thousands of mums across the world who have had a baby during this time. It is not unlike every other mother who did not sign up for this when they planned (or perhaps didn’t plan) to have a baby in 2020. It is not what I expected and I am here to say that it has been hard and more  importantly, it is ok to admit that.      [more...] 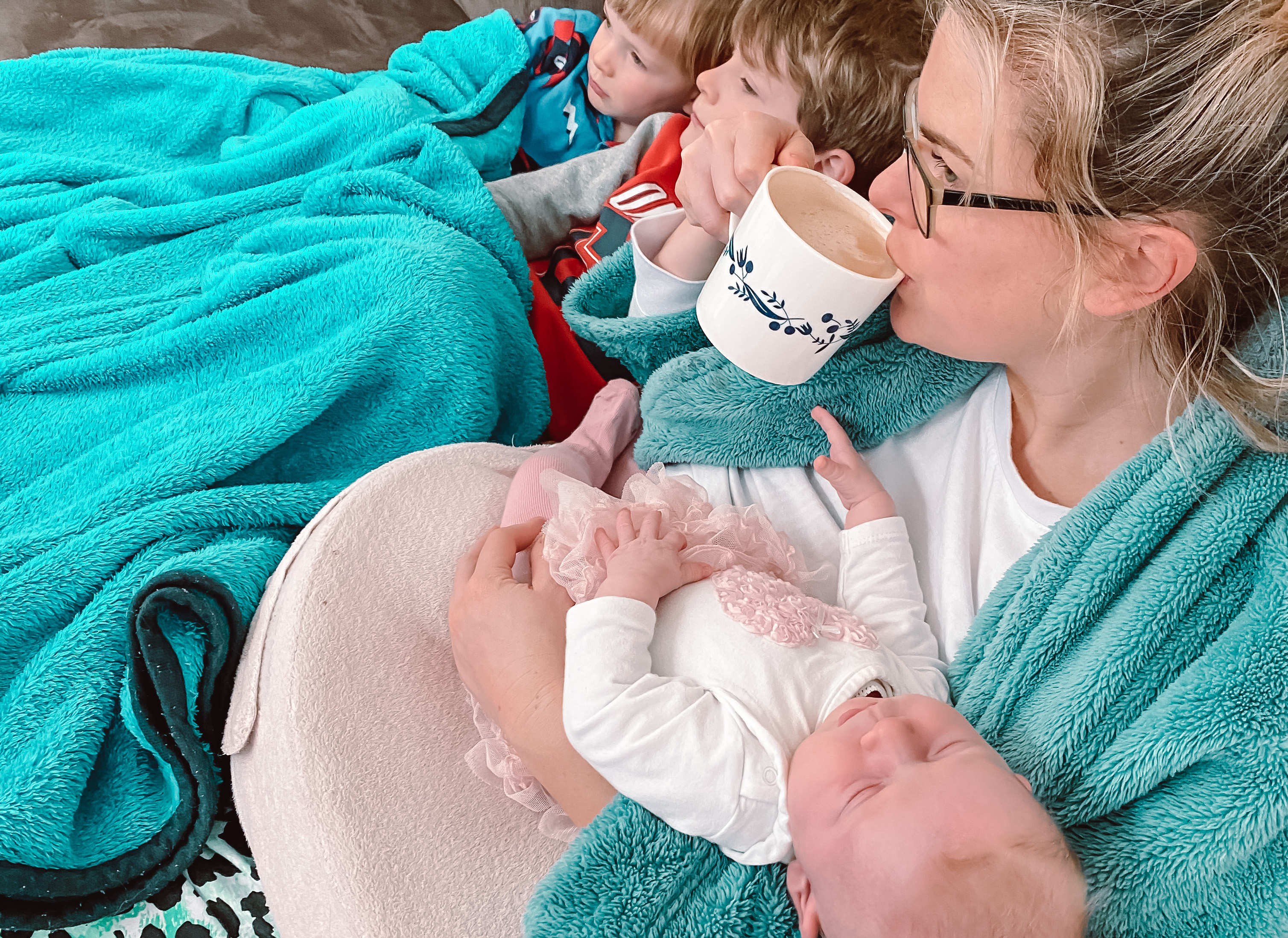 During the first lockdown in Melbourne I was 30+ weeks pregnant and threw myself into being positive and supporting our tribe. I hosted daily virtual cuppas with our members so no one felt lonely. I organised and ran virtual pilates sessions, dance classes and cooking classes. Whenever people asked how I was going I made sure that I said “how lucky I am that I am safe” and continued to look for the silver linings of being locked inside our homes.

After giving birth I made sure I nailed the empowered image of me holding my baby with my arm in the air saying “yeah I did it” that was trending on social media. I joked about the fact that Arielle’s middle name should be #rona. I responded to the many “gee it’s a pretty tough time to have a baby” with “yeah but I guess its probably the best time to be in lockdown as we have a newborn.” I even did a live video in the hospital encouraging and empowering other mums who were nervous about giving birth during this time to let them know they would be ok.

But then after only one week of bringing Arielle home we received the news that we were going into lockdown for the second time. This time there were no virtual pilates classes and there were no jokes about #rona – I could not do it again, because it was just hard.

This was not only my third (and most likely my last) baby, but also my long awaited little girl that I had dreamt of for many years. As soon as I found out we were having a girl my mind fast forwarded to the first few months of her life. Dressing her up in little cute outfits. Showing her off to my friends. Enjoying snuggles on the couch in silence while the boys were at school and day care. Coffee catch ups with friends during my maternity leave. Weekend car trips to visit our families and the list goes on.

However I sit here today, Arielle is 13 weeks old and we have not experienced any of that. Instead of cute little outfits she has lived in onesies, because what is the point when we are at home all day? I have not showed her off to my friends, in fact most of my friends have not met her. There has been no snuggles in silence while the boys are at school and daycare instead there has been anxious rocks on the couch trying to keep her asleep while the boys run up and down the hallway trying to entertain themselves. There has been no coffee catch ups and no weekend trips. In fact the only time she has been in the car has been for a maternal health nurse appointment or for her 6 week injections.

Now don’t get me wrong I know that we are lucky we are safe and I know that there are people that are worse off. However that does not minimise that this experience has been hard. This has not been the pregnancy or maternity leave I had expected or was hoping for when Mark and I decided we would try for another baby last year. There have absolutely been so many positives that have come out of this time like the fact that Mark has been home the whole time and the boys have had the chance to bond so deeply with their sister. However it has still been and continues to be hard.

For all of those other new mummas or pregnant mummas, please know that it is ok to admit that this time and this experience is hard. Motherhood can be difficult at the best of times, but throw in a global pandemic? Well that is just next level. So please know that I see you and feel you. You are not being selfish for admitting that this was not the experience you had hoped for or planned. You are not a bad person for admitting that this was not the maternity leave you had desired (I actually put mine on hold and have chosen to take it at a later time). You are not a bad mother for finding this time tough. Because this time IS tough and it is ok to admit that.